NEWS BYTE
PORVORIM
Goa and Chandigarh drew their Ranji Trophy match (Plate Group) with the hosts finishing their second innings on 253 for 6 on the last day at the Goa cricket Association (GCA) Academy ground in Porvorim on Wednesday.
Goa resumed at 87 for 2 and lost four wickets on the final day thus leaving Chandigarh to go home with three points- by virtue of their first innings lead.
Night watchman Amulya Pandrekar hit 60 , with 8 hits to the boundary. Sumiran Amonkar also scored 64 and helped the hosts take the game away from the visitors.Captain Amit Verma scored 9 along with Suyash Prabhudesai who made 7.
Snehal Kauthankar was on 30 not out and Darshan Misal had not opened his account at the end of the match.
Goa gets one point of the match and Chandigarh 3. Goa is now on 30 points on the table and in the second position whilst Pondicherry is on top with 30. Chandigarh is on 26 points.

December 9, 2019 admin Comments Off on Goa trails Sikkim by 20 runs 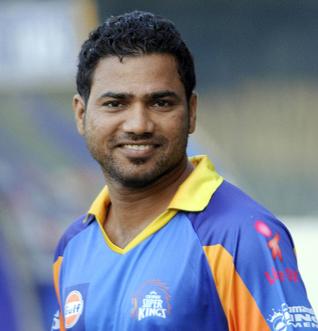 November 2, 2015 admin Comments Off on Goa in pole position