NEWS BYTE
PORVORIM
Goa beat Pondicherry by 81 runs in the Ranji trophy match (Plate Group) at the cricket association of Pondicherry (CAP) ground at Puducherry on Tuesday. Feliz Alemao was declared the man of the match for his eleven wickets.
Goa was bundled out for 255 in their second innings leading Pondicherry 265 to win on the last day.
But a five wicket haul by Felix Alemao dented the host’s chances. Darshan Misal and Vijesh prabhudesai claimed the other two wickets. 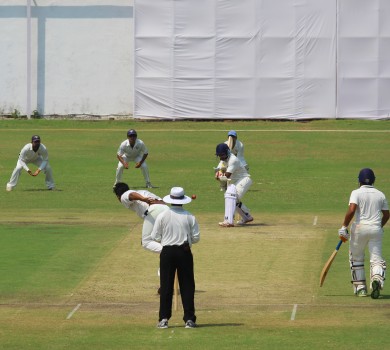 Goa in sight of win