NEWS BYTE
Porvorim
Goa was 229 for the loss of five wickets in their second innings at close of third days play in the Ranji Trophy match against Pondicherry at the Cricket Association of Pondicherry stadium in Puducherry on Monday.
Goa , who had bowled Pondicherry on 260 in their first innings had taken a first innings lead over their rivals when they started their second innings on Monday.
At close play, Goa was 229 for the loss of five wickets with Snehal Kauthankar not out on 64. Batting along Snehal was bowler Darshan Misal who was two runs short of his half century when stumps were drawn.
Wicketkeeper Smit Patel carried Goa’s innings forward with his 60 as captain Amit Verma , who had scored a century in the first innings , was dismissed for 16 and opener Sumiran Amonkar for 19.
Goa will start the final day with a lead of 239 over Pondicherry.

Goa bowl out Meghalaya for 203 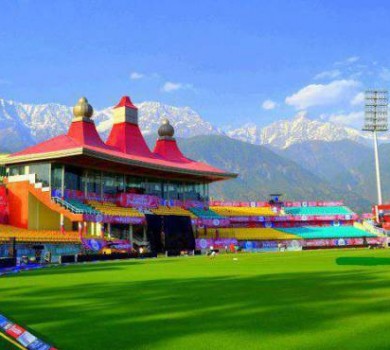