NEWS BYTE
PORVORIM
Goa beat Meghalaya by an innings and 8 runs to claim seven points in their Ranji Trophy tie (plate Group) played at the Goa cricket association (GCA) academy ground in Porvorim on Friday.
Resuming their innings on 145 for the loss of 5 wickets, Goa managed to bowl out their opponents for 252 \ 9 before lunch. One Meghalaya player could not take the field due to an injury. Goa allowed Meghalaya to score 107 runs on the last day.
Darshan Misal was the top wicket taker for Goa with three scalps from 8 overs and 16 runs. Captain Amit Verma contributed with two wickets whilst Felix Alemao, Suyash Prabhudessai,Vijesh Prabhudesai and Heramb Parab took one wicket each.
The last three Meghalaya batsmen were bowled for 0.

Goa wins by innings and 359 runs 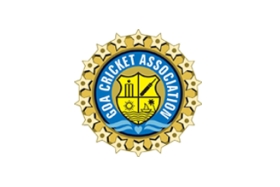