The Goa Cricket Association became the first State Cricket Association to hold its Annual General Body Meeting (AGM) through a webinar on Sunday 27th September 2020. The webinar was conducted on the secure National Securities Depository Ltd e-Voting and AGM platform. The NSDL is approved by the Ministry of Corporate Affairs, Government of India to conduct electronic voting. An independent professional was also appointed as Scrutinizer to scrutinize the e-voting process for greater transparency.

As per the constitution of the GCA, the association needs to hold its AGM on or before 30th September 2020, however many Registrars of Co-operative Societies in India on the advice of the Home Ministry has extended the date till 31st December 2020. The GCA had communicated with the Registrar of Co-operative Societies-Goa for the permission to hold the AGM before 30th September 2020 as they had not extended till 31st December 2020. The Registrar of Co-operative Societies-Goa communicated to the GCA to hold the AGM as per the SOP of the Home Ministry, Govt. of India. As the SOP does not give permission to hold a gathering of more than 100 members and many of the affiliated club members are more than 50 years of age, considering their safety and safety of GCA it was decided to go for a virtual general body meeting.

Over 60 members participated in the AGM through the webinar.

Shri Chetan Dessai, Ex-President of GCA and Secretary of Sunny Sports Club spoke on Late Shri Chetan Chauhan’s contribution to Indian Cricket. Shri Vinod Phadke, Ex-President of GCA and Secretary of Royal Sports Club spoke on Late Shri Ferdinand Coelho and Late Shri Sameer Kanekar. Shri Apoorve Bhembre, Secretary of Margao Cricket Club, whom Late Shri Ferdinand Coelho represented offered his condolences.
The Members were asked to maintain a minute of silence in their honour. The General Body unanimously resolved and condoned the death of all 3 and resolved to convey the feelings of the General Body to their respective families.

It was also decided during the AGM to pay last year’s grant of Rupees one lakh each to all the eligible GCA affiliated clubs, as per the approved pattern of assistance and pattern of spending guidelines.

The President also opined that the GCA should have such type of grounds in Vasco, Pernem, and Bicholim. He briefed that the Hon. Secretary is in contact with the Revora Comunidade for allotment of land for development of the grounds which will meet the GCA requirement for the Bardez and Pernem Taluka.

It may be noted here that Goa has qualified for the Elite Group of the Ranji Trophy.

“Apart from being the first BCCI affiliate to hold the AGM by webinar, we were the first association to send virtual physical fitness classes to all our players and monitor their performances virtually,” disclosed Shri Suraj Lotlikar.

Shri Suraj Lotlikar assured the General Body that the affairs of the GCA are now being handled by professionals in their respective fields. The accounts department is managed by a Chief Financial Officer (C.F.O), who is a Chartered Accountant and the obdusman is a retired High Court judge.The Cricket Operations Department is being managed by Shri Prakash Mayenkar, who is an ex-Ranji Player, ex-Ranji Coach and qualified NCA coach.He highlighted that the GCA is now running on autopilot mode. 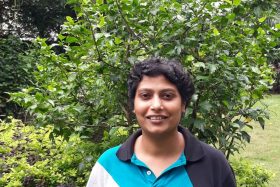