Goa who had declared the first innings on 490 for 4 bowled Mizoram for 109 in the first innings and asked them to follow on. However, Mizoram was bowled for 170 runs in their second innings leaving Goa at the top of the Plate Group table with fifty points.

Innings and 83 runs win for Kerala

November 18, 2015 admin Comments Off on Innings and 83 runs win for Kerala 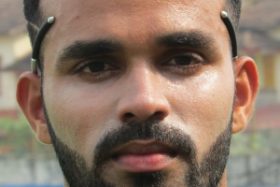