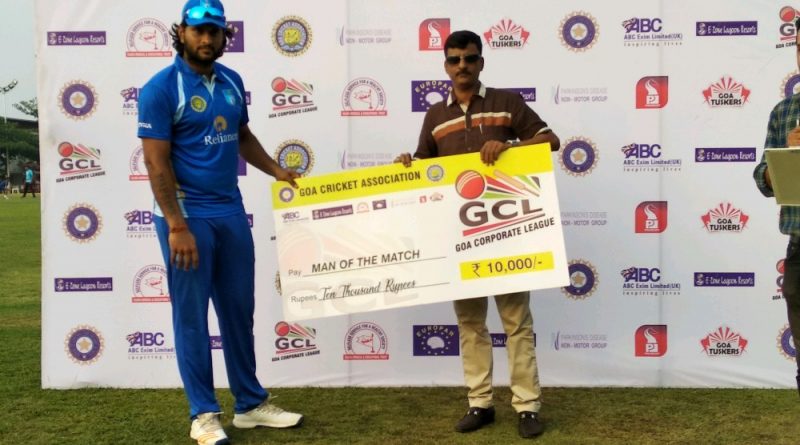 Reliance A maintained their impressive start in Goa Corporate League 3 with another impressive 61 run win over RBI at the GCA Academy ground in Porvorim on Monday.
Relaince A won the toss and opted to bat ans did merry with some stroke full batting by opener Hitesh Dalal who made a quick fire 45 from 29 balls.Hitesh peppered his score with three sixes and three fours.
Captain Saurabh Tiwari made a valuable contribution of 5o from 34 ballsand so did Tejinder who in the end made 37 of 15 balls to enable Relaince finish their innings at 203 for the loss of six wickets.
RBI could not offer much hope of attaining the target set by their opponents with no ball able to cross the forty mark.Last batsmen Ankit Rajport made the highest score of 33 in 13 balls for the losers who folded their innings at 142 for 9 in the stipulated twenty overs.
Reliance captain Saurabh Tiwari won the Man of the Match award at the hands of GCA executive Committee member Sameer Kanekar.

November 1, 2015 admin Comments Off on Dhoni or Kapil to attend prize distribution function for Clubs on Nov 4 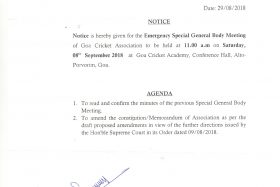