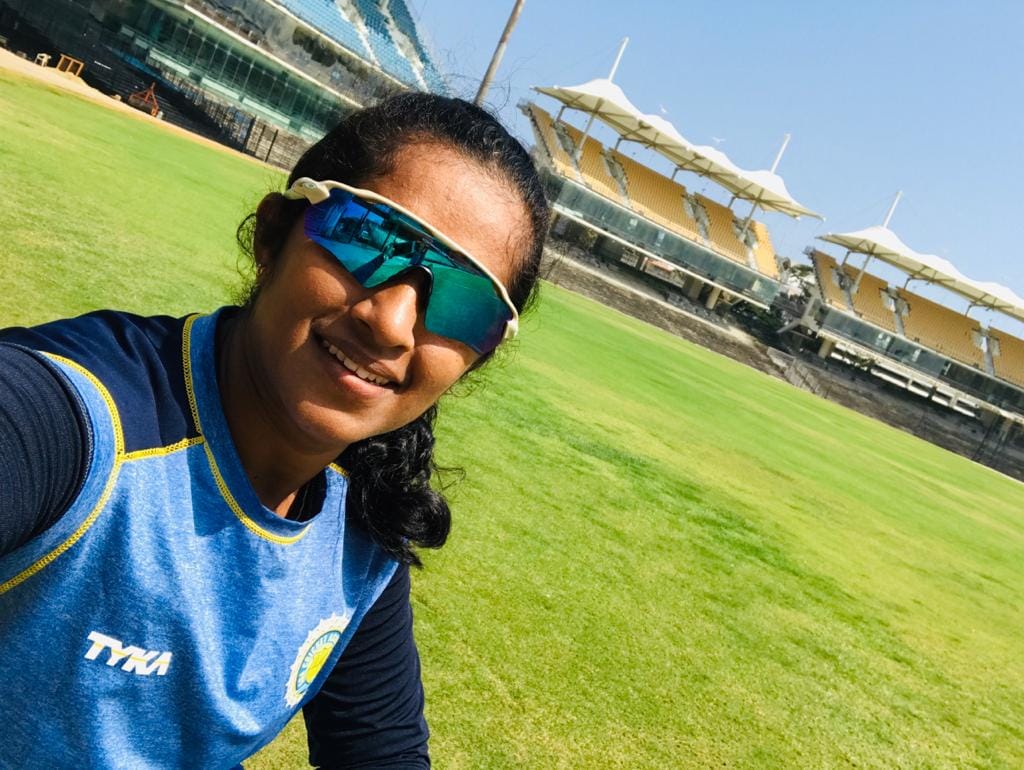 NEWS BYTE
PORVORIM:
Coach of Goa women's cricket team, Anuradha Redkar is grateful to Goa Cricket Association for the opportunity to guide the senior girls in what proved to be a very challenging pandemic-disrupted season with the state team putting up some stunning displays.
Led by India all-rounder Shikha Pandey, Goa girls played tough cricket to notch up impressive battling victories in the BCCI One-dayers Trophy in Jaipur, missing out on qualification to the knock-out stage only by a narrow margin.
"I would like to thank GCA for giving me the opportunity to coach senior women’s team. Even as Covid-19 raged on, GCA played a big role in keeping all the girls busy. The under-19, u-23, and seniors followed online coaching and fitness regimen from their homes, which eventually helped in the domestic season. The job was much easier once the camp started. Before leaving from Goa, we played practice matches at Sanguem ground and that helped us to perform well in the BCCI tournament," Redkar told GCA social media.
Disclosing the team combinations in terms of experience and youngsters in the mix, Redkar hailed the role played by Pandey.
"We had good combinations of senior and junior players, who performed really well in all three departments, especially fielding. We have players like Shikha, Sunanda, Sanjula, Vinavi, Tejeshwini, Diksha, Nikita, Purvaja - forming the core of the team. Some of these players have represented Goa at the South Zone camp and played for the zonal team. Sanjula and Tejeshwini also have experience with the Challengers Trophy. However, international all-rounder Shikha undoubtedly played the important role in the team-building exercise this year!," explained Redkar.
The Goa coach also paid tribute to immaculate professional Shikha Pandey. "Shikha played an important role to uplift the performance of her state team-mates with all her India experience to inspire the team. She being in the team, also added the necessary steel to the group and helped others to bring out their best," she said.
When asked whether she feels that the girls are looking to make the big push for India berth, Redkar said: "Goan girls are very simple by nature, hard-working and talented. They enjoy each other's success and Shikha is a role model for them."
Redkar feels that women's cricket in Goa has come far with GCA giving equal opportunities to girls in the under-16 to upward youth and senior girls setup, alike boys competition; over the last 15 years since women’s cricket came under the BCCI ambit. She also added that Inter-state invitational matches/camps have helped to develop women's cricket in Goa.
With India women's team set to play their first Day-Night Test match this year, the women's game will get a big boost.
"Focusing on cricket development, the Test format is indeed important. It's great overall and for skill development as well. One of the best decisions by BCCI for women’s cricket future, that they introduced the Day-Nighter for the first time. Nothing like the Pink-ball Test!," remarked Redkar.