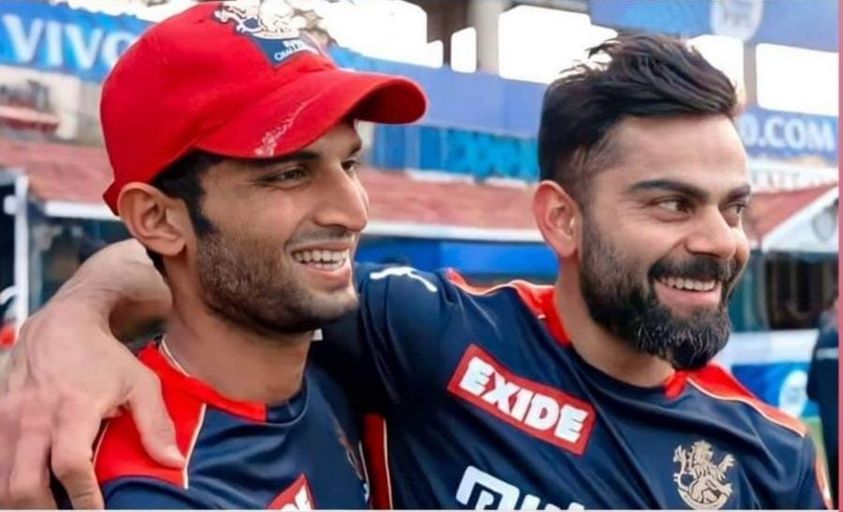 NEWS BYTE
PORVORIM:
Goan all-rounder Suyash Prabhudessai has spoken about life at Royal Challengers Bangalore. In an exclusive chat with Goa Cricket Association social media; the hard-hitting batsman and medium-pacer revealed that being part of the IPL side, has boosted his confidence and that he is working on specific areas for improvement as suggested by the RCB support staff.
Q&A with Suyash Prabhudessai:-
Q1. How was the experience of being part of Royal Challengers Bangalore?
SP: The experience with RCB cannot be described in words! Right from the first practice session, I was treated the same as others. I never felt like a rookie who just came into the side. There was professionalism, discipline, fun, lessons to learn, the atmosphere in the dressing room was amazing..enjoyed every moment!

Q2. As a youngster making a first appearance amongst the best in the business, what was your mindset and did you feel confident in all departments of the game?
SP: If you see I am not that young, I am 23 already and guys of my age or even younger than me, are playing for the country already. Talking about the mindset, I was confident from the beginning. I have done well that's why I am here and there is not much difference between IPL and domestic cricket. In each IPL team, you will have a maximum of 2 overseas bowlers and you get 3 domestic bowlers, it's all about planning.

Q3. You were waiting for a playing opportunity and it seemed you were quite involved with the proceedings as the TV camera captured you in different emotions in the dugout. Did you mentally feel you were ready and hoped you could make the RCB debut soon?
SP: I was ready from the beginning as our preparations were really good. The team was doing well and we were at the top of the table, so changing the team combination at that moment looked difficult. But, yeah, I was mentally prepared to play. We have great bench strength and everyone is assigned a role.

Q4. Who was most helpful in making you feel comfortable? How was the Head of Scouting and main coaching staff advice to you?
SP: Everyone in the team was supportive, so I felt very comfortable. All the coaches and trainers were very kind and helpful. I enjoyed and learned a lot of new things.

Q5. You shared a wonderful photo with India skipper Virat Kohli on your Instagram page. Describe this moment where the RCB captain put his arm around your shoulder?
SP: It was the first day at a practice session and our trainer introduced me to Virat bhai. As we were talking our trainer cracked a joke so we were all laughing...

Q6. What were the specific gains from the IPL(suspended abruptly due to Covid situation), for you as an upcoming talent?
SP: I gained a lot of confidence from this short season. I have always told myself, I am capable of playing at a higher level, and now that I have seen how it is played at that level; I feel it is about consistency and the passion for the game..Sanjay (Bangar) sir and Simon (Katich) sir have mentioned some areas I need to work on, so my focus will be to improve in those areas and be better than what I am when IPL is resumed.